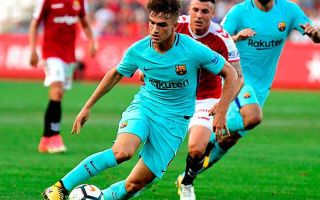 Barcelona president Josep Bartomeu has reportedly assured Denis Suarez he can leave the club amid transfer rumours linking him with Arsenal.

The Spain international has had a difficult time at the Nou Camp, having barely featured in Ernesto Valverde’s first-team despite long looking a promising talent.

According to Marca, talks with Arsenal have hit a bit of an impasse due to Barcelona’s desire to bring in a transfer fee for Suarez now, while the Gunners want an initial loan before paying cash when their finances improve in the summer.

Arsenal fans will hope something can be agreed soon as manager Unai Emery could really do with more options in midfield at the moment.

Suarez may not be the best player in the world, but he’s played under Emery before and seems a solid fit for this Gunners squad.

Marca claim the player himself wants the move, and that Bartomeu has moved to reassure him that he will be granted an exit.

Still, at the moment it remains to be seen quite how that is going to materialise.