Real Madrid are said to be lining up ex-player Raul as a replacement for Santiago Solari at the helm in the Spanish capital.

Solari has had a topsy-turvy start to life at Los Blancos, with the club suffering embarrassing defeats to CKSA Moscow, Eibar and Real Sociedad during the few months the Argentine has been in charge.

And it looks as if club president Florentino Perez has had enough of Solari if this report from Don Balon is anything to go off.

According to the report, the club already have Raul lined up to replace Solari, with it also being stated that Perez is set to sack the Argentine after the next loss the club suffer, which could very well be to Real Betis this weekend.

Solari hasn’t exactly set the world alight at Real since he was appointed manager back in October, however even we think this would be a hasty call on the club’s part, even for their standards! 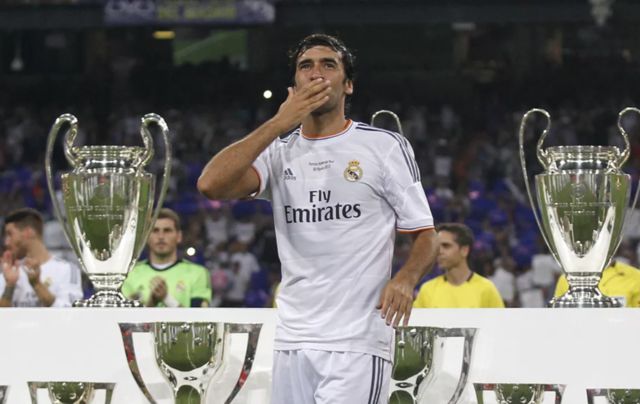 Raul is even less experienced than Solari was before he took over the reigns at Real, with the Spaniard’s only coaching experience coming with the club’s ‘Cadete B’ youth side.

Solari has only been in the job a few months, and it seems very harsh to get rid of the 42-year-old after such a short stint in charge.

However, given Perez’s track record with managers at Real, we wouldn’t be surprised at all to see Solari sacked in the very near future and replaced with Raul, especially following the emergence of this report…