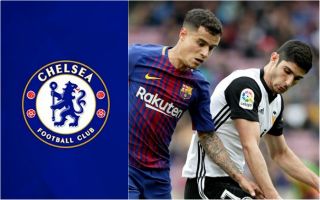 Chelsea have reportedly been approached by Barcelona regarding the potential transfer of Philippe Coutinho, amid rumours also linking him with Manchester United.

The Brazil international’s name is dominating headlines at the moment after his struggles at the Nou Camp since his move from Liverpool this time last year.

Despite being one of the finest players in the Premier League during his time at Anfield, Coutinho hasn’t ever really looked like reaching that level in a Barcelona shirt.

It could be, however, that this leads to him making his way back to England, with Chelsea the latest to be linked with Coutinho by El Gol Digital.

The Spanish source claims Barca president Josep Bartomeu is keen to do business and seems prepared to offer the 26-year-old to Chelsea as part of a deal to sign Eden Hazard.

This could be superb business for CFC, who would be able to beat rivals Manchester United to Coutinho’s signature after Mundo Deportivo reported of an approach by the Red Devils to the player’s agent.

Don Balon have also linked Coutinho with MUFC, stating Barcelona would likely ask for as much as £135million to let the former Liverpool man go.

Still, if Chelsea can land Coutinho in an exchange involving Hazard, that could be ideal, saving them the kind of big transfer fee their rivals would have to pay and bringing them a perfect like-for-like replacement for Hazard.

The Belgian’s contract expires in 2020 and Don Balon are among the sources to link him as a target for Real Madrid.