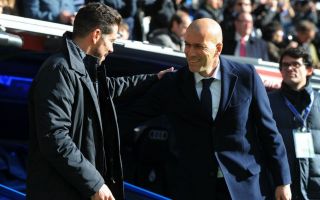 Diego Simeone is the latest name to be linked with the Manchester United manager’s job amid doubts over Mauricio Pochettino.

The Atletico Madrid boss has been sounded out about potential interest in the position at Old Trafford as fears grow Pochettino could prove an ambitious and expensive target to prise away from Tottenham, according to the Daily Mirror.

Simeone could be a fine alternative, however, having achieved a great deal in his time in Spain, winning La Liga, two Europa League finals and reaching two Champions League finals.

The 48-year-old is widely considered to be one of the finest coaches in the world, though it is perhaps a surprise to see his name come up as a target for United.

Despite his success, Simeone is known for being a rather defensive-minded manager, in a similar vein to Jose Mourinho, who recently left the club.

Replacing like-for-like seems a strange move given MUFC’s attacking traditions, with the team looking far happier in that kind of set-up under club legend Ole Gunnar Solskjaer, who has been placed in charge until the end of the season.