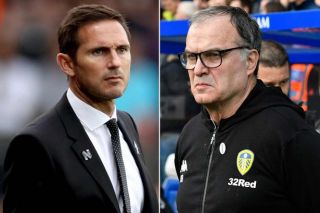 Derby County boss Frank Lampard was far from impressed with the tactics adopted by counter-part Marcelo Bielsa after the ‘Spygate’ controversy.

As noted by Sky Sports, the Leeds boss openly admitted to sending a member of his staff to spy on Derby ahead of their Championship encounter on Friday night.

It’s added in the report that police intervened to take the Leeds employee away from the Derby training ground, with Lampard stopping the session and seeing his preparations for the game disrupted.

While he was scathing in his assessment of the situation in his post-match interview with Sky Sports, insisting that it was essentially unethical and failed to live up to the standards of fair play in England, the Chelsea legend went further after the game as seen in his quotes below.

“I don’t think that, at any level of sport, it’s right to send men to break into private property,” Lampard said, as quoted by the Guardian.

“It’s a cultural thing but I was very surprised by it – and by the frank admission he’s done it before. Cheating is a big word but this is over the line. I spent 15 hours watching tapes of Leeds game this week and that’s what the best managers do. I was a fan of Bielsa’s from afar but I’d rather not coach than send people undercover on their hands and knees in the undergrowth.”

Lampard added that Derby wouldn’t lodge a formal complaint with the FA as Bielsa has publicly admitted what he had done and even conceded that he has been doing it for years, and so he expects a response anyway.

Evidently it’s not illegal otherwise action would surely have already been taken against him and the clubs that he’s represented previously, but ultimately Bielsa could now face repercussions along with Leeds depending on how the FA view the matter.

Based on Lampard’s reaction and that of the Sky Sports pundits on Friday along with a significant number of non-Leeds supporters, it would be a surprise if no further action was taken as the response has been scathing.