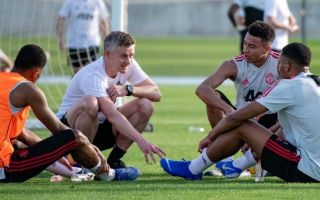 The Daily Mirror claim Solskjaer treated this training trip to Dubai as a chance to embark upon a mini pre-season for his players after being warned about fitness levels by some of his staff.

United fans have seen a quick improvement in terms of the style of football the team are playing under Solskjaer, who, having played for the club for so long, truly understands and buys into the Red Devils’ attacking traditions.

However, fitness is important as well and MUFC supporters will hope the Norwegian tactician can have his players running more and working harder now than they were before.

This is yet another story that reflects poorly on Mourinho and how his time at United came to an end, with the Portuguese truly looking past his best at the elite level of management.

Having endured a similar torrid end to his time at Chelsea and at Real Madrid before that, one has to wonder if the 55-year-old can land himself another top job.

With every passing week that United look a happier, fitter and more successful team without him, that surely becomes harder and harder.