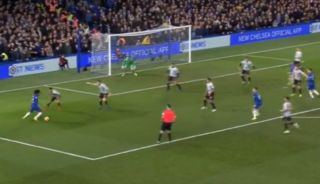 Chelsea winger Willian has scored a stunning solo goal to make it 2-1 to the Blues against Newcastle this evening.

Pedro had opened the scoring earlier in the game before Ciaran Clark’s header levelled things up before half time.

Willian has now produced a moment of real quality, however, cutting in from the left to curl one in from a wide angle.

This shows what the Brazilian is capable of, even if he was one player singled out by Chelsea fans before the game as one they didn’t want to see in Maurizio Sarri’s line up.

It may not have been the best season from Willian, but they’d do well to show a player of his calibre a bit more patience.

Odegaard to Arsenal: Gunners to pay seven figure loan fee – hope given for a longer stay