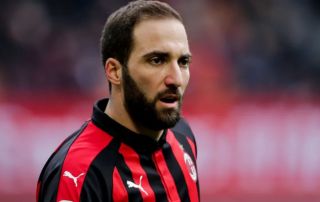 AC Milan have announced their squad for the Supercoppa clash with Juventus on Wednesday, and Gonzalo Higuain has been included.

It comes despite coach Gennaro Gattuso suggesting that the 31-year-old wants to leave after their win over Sampdoria in the Coppa Italia on Saturday, as per Sky Sports, with Chelsea heavily linked with making a move this month.

As seen in the squad list below as well as an image taken on Milan’s plane to Jeddah, Higuain is amongst the travelling party and so any developments over his future will seemingly have to wait until the Italian giants have returned to Europe.

The Argentine ace struggled again this weekend as he failed to find the target against Samp, leaving him with just eight goals in 21 appearances in all competitions so far this season.

However, after enjoying the most prolific campaign of his career to date under Maurizio Sarri during their  time together at Napoli when he scored 38 goals in just 42 games in the 2015/16 season, a reunion at Stamford Bridge could help get the best out of him again.

Time will tell if a move materialises, but the primary focus for Milan and their frontman will be on claiming the first piece of silverware on offer in Italy this season, as he goes up against his parent club.

Juventus will ultimately have a major say in a fresh agreement too of course as Higuain is merely on loan at Milan, while the Rossoneri will also have to allow him to leave early, as currently they have agreed to spend a further €36m this summer to make his move permanent, as noted by Sky Sports.

Here are the 24 Rossoneri that are flying to Jeddah for #JuveMilan ???
Ecco i 24 rossoneri convocati per la sfida di #Supercoppa contro la Juventus ???#ForzaMilan pic.twitter.com/wlLrU3US3x 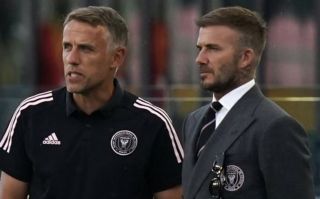 Opinion: Lionel Messi will elevate himself above Maradona with a Copa America win for Argentina