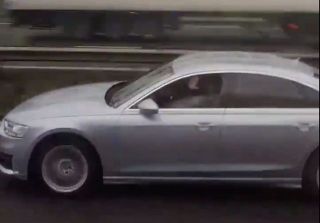 Man Utd take on Tottenham at Wembley on Sunday evening, and club legend Ryan Giggs is seemingly going to be in attendance for the encounter.

As seen in the video below, some eagle-eyed United fans spotted the Welshman en route to north London as they travelled down by coach.

Much to their delight, the Red Devils legend put his window down and acknowledged them, confirming that it was indeed him in the car.

Having spent almost three decades at Old Trafford from youth level to the end of his playing career, the 45-year-old has undoubtedly established himself as a club hero having won countless trophies and individual accolades along the way too.

He’ll be hoping that his old club can secure another win under interim boss Ole Gunnar Solskjaer, as it would move them level with Arsenal in fifth place as they continue to chase down a top-four finish in the Premier League this season.

United have rattled off five consecutive victories since the Norwegian tactician took over from Jose Mourinho, but this will undoubtedly be their toughest test yet.

Giggsy on his way to Wembley waving to @BanditBus ?? pic.twitter.com/rL1U5mJQuf