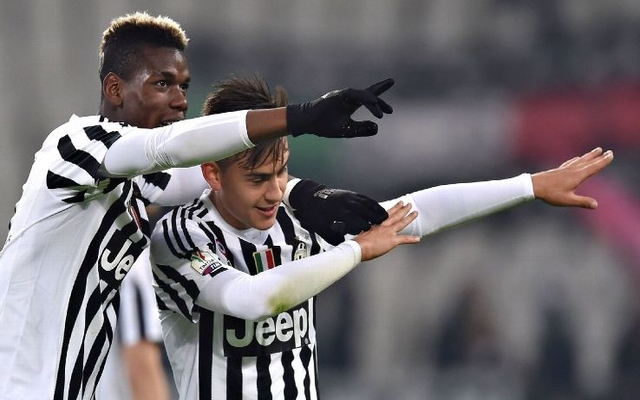 Juventus ace Paulo Dybala has conceded that he would welcome the opportunity to play alongside Paul Pogba again in the future.

The Frenchman enjoyed a successful stint with the Turin giants between 2012 and 2016, making 178 appearances while winning four Serie A titles and other domestic honours.

Dybala arrived in 2015 to help them maintain that success, and the pair enjoyed a great relationship on and off the pitch it seems when considering their social media interactions even after Pogba returned to Old Trafford for a second stint.

Speculation over the World Cup winner’s future in Manchester has been a topic of discussion again this week, with Tuttosport noting that Juventus still want to secure a second swoop for Pogba, and United could demand Douglas Costa in a swap deal.

As noted in his comments below, Dybala would certainly welcome the prospect of playing alongside Pogba again, but he has shown his class too by insisting that he would ultimately respect whatever decision his former teammate makes over his future.

“Pogba? I would always like to play with a player of his level, but whatever his decision is I would always wish the best,” he told Telefoot, as quoted by Calciomercato.

Having bagged four goals and three assists in the four Premier League games under Ole Gunnar Solskjaer since he replaced Jose Mourinho, things appear to be moving in a more positive direction for Pogba, thus seemingly ending any talk of an exit from Man Utd.

However, with rumours continuing to circulate over his future, it remains to be seen whether or not there is a reunion with Dybala in Turin this summer as the reigning Italian champions continue to look for ways to strengthen their squad.

In contrast, The Express note that Dybala has also been linked with a move to United, and so perhaps the reunion with Pogba could even happen in Manchester.