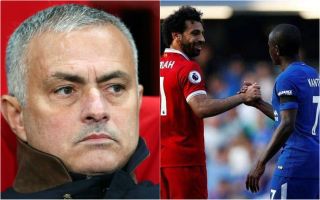 Former Manchester United manager Jose Mourinho is reportedly ready to take the Bayern Munich job as long as they meet his big demands in the transfer market.

According to Don Balon, the Portuguese tactician is emerging as a replacement for the struggling Niko Kovac at the Allianz Arena, and has some big potential signings in mind if he takes the job.

Both are among the finest players in the Premier League and even the world, and would be superb purchases to turn things around for Bayern after a disappointing season for them in the Bundesliga.

Salah would be ideal as a long-term replacement out wide for Arjen Robben, while Kante would add energy and quality to their midfield.

These would be ambitious targets, however, and it remains to be seen if the Bavarian giants could realistically deliver them to Mourinho.