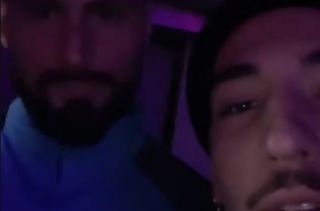 Arsenal right-back Hector Bellerin has uploaded a video to his Instagram story of him bumping into Chelsea striker and former Gunners team-mate Olivier Giroud.

The Spaniard is known for his big social media activity, and seemed happy to be able to post a clip of himself and his old colleague.

Giroud was hugely popular at Arsenal and seemingly remains so despite leaving for a transfer to rivals Chelsea a year ago.

We should bring Oli back from loan pic.twitter.com/FpFYGFV3pW

This has cheered me up no end. Love oli. ?