Manchester United have opened contract negotiations with Luca Ercolani, with his current deal set to expire at the end of the season.

According to Tuttomercatoweb via the Daily Express, the Italian defender will be offered an extension by the club as a reward for his efforts in the development team since his switch from Serie D outfit Forli back in 2016.

The 18-year-old has not yet managed to earn his senior debut for United, but he has been tipped for a bright future and is already attracting interest from a whole host of European clubs.

The Red Devils have taken steps to ensure that they retain his services for the foreseeable future, in the hope that he can soon stake a claim for a place in the first team.

The young defender has already been capped for Italy at U-20 level and he has also been a regular for United in the UEFA Youth League, impressing at the back with a maturity which belies his tender age. 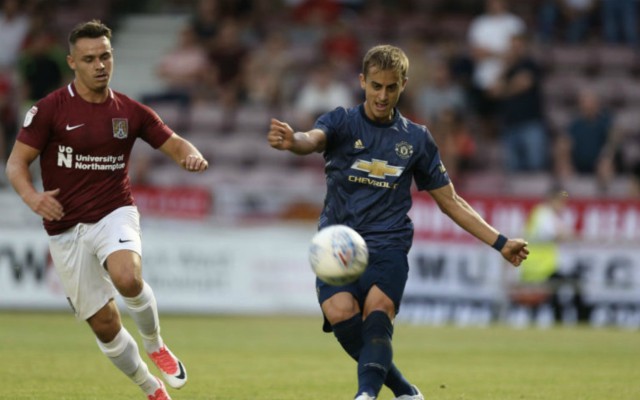 United are currently enjoying a resurgence under caretaker boss Ole Gunnar Solskjaer, who has staked his claim to land the permanent manager’s job with six wins from his first six games at the helm.

The Norwegian enjoyed a stellar playing career at Old Trafford and he knows the club inside out, which means he is well aware of the value placed in the future academy stars.

Ercolani is United’s Italian wonderkid and the fact that they have made his future a priority issue to sort out at this stage of the season just goes to show how much faith they have in him long-term.

Solskjaer has managed to shore up United’s leaky defence since coming in, but the damage was already done while Jose Mourinho was in charge and the team’s record now reads 32 goals conceded in just 22 Premier League matches this term.

Some supporters would surely be happy to see Ercolani granted a cameo appearance or two in the coming months, rather than embracing the alternative, which is watching the club shell out extortionate fees for defensive reinforcements in the transfer market.