Real Madrid have been dealt a bitter blow in their pursuit of Borussia Dortmund and England winger Jadon Sancho, after Dortmund chief Michael Zorc’s recent words on the player.

According to Diario Gol, some at Real Madrid have Sancho down as the ‘new Neymar’, with it also being noted that Sancho could be available to Los Blancos for around €80M.

However, this information seems useless following these words from Zorc, which were reported by ESPN.

Speaking about Sancho, the Dortmund figure stated that “we are convinced that we are the best option for him to keep developing. He’s not finished yet. Not by a long stretch. And he will certainly play with us next year, come what may.”

These words will have dealt a big blow to Real’s hopes of signing the England international, as it seems like Sancho will be at Dortmund until at least 2020, if not beyond that. 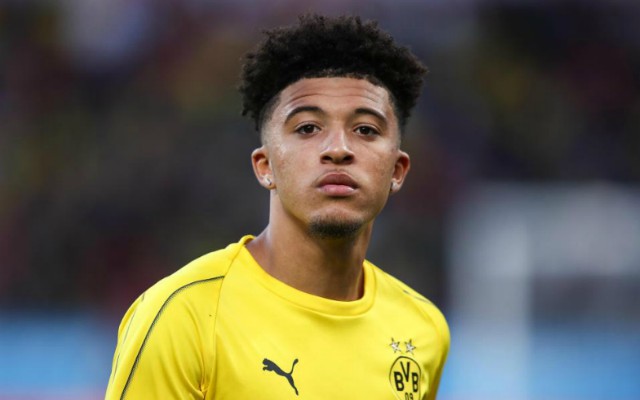 Sancho is one of the brightest and most lucrative young talents in European football, so it’s easy to see why clubs like Real Madrid are interested in him and labelling him as the ‘new Neymar’.

The 18-year-old has been on fire for Dortmund this year, scoring seven and assisting 10 in 24 outings for the German outfit, a fine return for a player of his age.

Should Sancho keep developing like he has done in the past year or so for the foreseeable future, England, and Dortmund, could very well have a future world beater on their hands in the not-too-distant future…