Manchester United striker Romelu Lukaku is the subject of interest from Real Madrid, after falling out of favour at Old Trafford in recent months.

According to Don Balon, the Belgian is growing increasingly frustrated by his spell on the sidelines and he could be open to a move away from the club during the summer transfer window.

Don Balon reports that Madrid president Florentino Perez is plotting an €85 million swoop for the out-of-favour United superstar, as he aims to replace first-choice striker Karim Benzema in the current Blancos’ starting XI.

Perez has identified Tottenham’s Harry Kane as his number one target, but should they fail to reach an agreement for the Englishman Lukaku is next on his list and he could be brought for a far more reasonable fee.

Kane could cost Madrid up to €200 million – as per Don Balon – while Lukaku would cost half that amount and he is more likely to be lured away from the Premier League at this stage given his recent struggles.

The 25-year-old joined the Red Devils from Everton back in 2017 for a huge £75 million fee – as the Telegraph reports – but he has since failed to live up to that price tag. 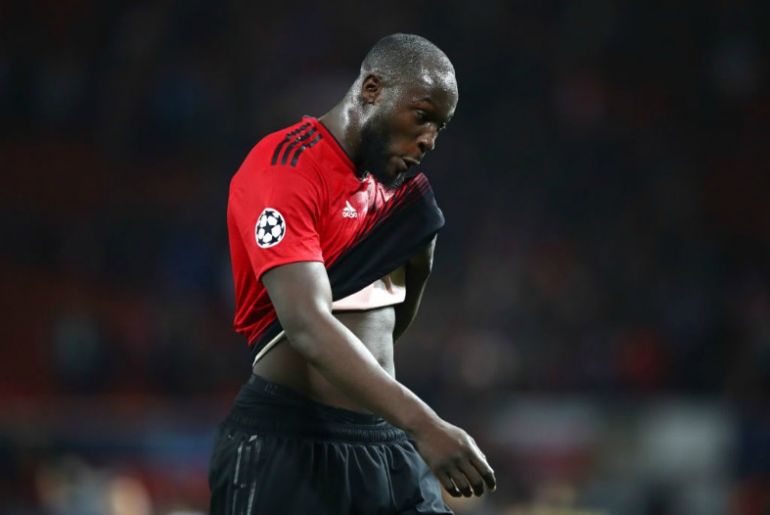 Lukaku has scored 23 goals in 53 Premier League games, which is not an awful tally, but he has often lacked composure in front of goal and his contribution during the team’s build-up play has been severely lacking.

United supporters have not yet warmed to the ex-Everton man and now that he finds himself playing second fiddle to Marcus Rashford up front under the stewardship of caretaker boss Ole Gunnar Solskjaer, he might seek regular football elsewhere.

At Madrid, he would probably walk into Santiago Solari’s starting XI, given the fact that Benzema has only hit seven La Liga goals this term, with the team struggling since Cristiano Ronaldo’s departure to Juventus.

As he approaches the prime years of his career Lukaku still has plenty to offer and he could still improve, but there is a general feeling that he might not make the grade as United’s long-term striker.

Madrid is perhaps the only club in the world that might be considered a step up from United and if he did decide to leave he might thrive in the Spanish top flight, but it remains to be seen whether or not this particular deal will come to fruition.