Liverpool and England ace Trent Alexander-Arnold is reportedly closing in on signing a new five-year deal with the Reds, news that will be great for all fans of the club to hear.

This is according to BBC, who note that the defender is edging closer to agreeing a new five-year deal with the club, something that’ll see him stay until 2024 if it’s signed.

The report also states that talks between the club and Alexander-Arnold are at an ‘advanced stage’, with an announcement regarding the player’s new deal to be announced in the coming days.

This news will be amazing for fans of the Reds to hear, as Alexander-Arnold has been absolutely fantastic for the club ever since he broke into their first team last season.

The 20-year-old has come on leaps and bounds since the start of last term, with the defender managing to claim a place in both Liverpool and England’s first team more often than not. 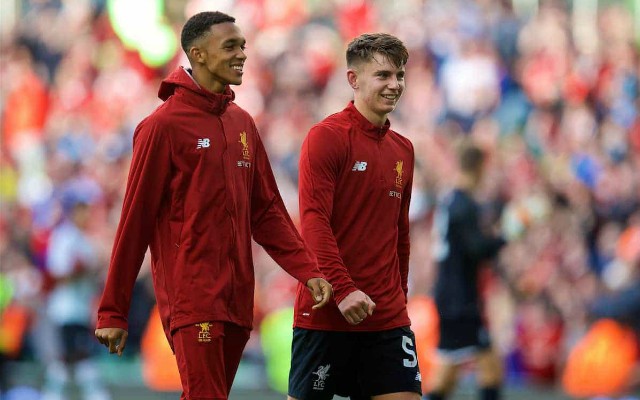 Tying Alexander-Arnold down to a new long-term deal is a fantastic move from Liverpool, as it means that the player is set to be with the club until he’s at least 25.

And who knows, should he keep developing like he has done the past 18 months, Alexander-Arnold could very well turn into one of the best defenders in the world during that time…