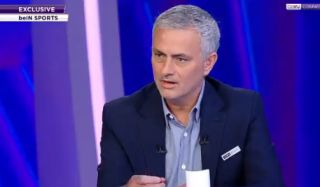 Former Manchester United manager Jose Mourinho has explained what is needed to get the best out of Mesut Ozil amid his struggles for Arsenal.

The German playmaker, who shone under Mourinho at Real Madrid, has endured a difficult season for the Gunners under new manager Unai Emery.

Mourinho has passed on some of his Ozil expertise, explaining that Emery needs to find the balance between pushing the player hard but also showing a more gentle side when needed.

That’s a delicate balancing act and it may be that Emery simply doesn’t rate the 30-year-old enough to make him a regular part of his plans, but fans would probably rather see him back on the pitch soon for Arsenal after some unconvincing recent form.