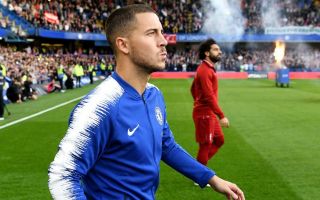 Barcelona have reportedly decided on the transfer of Liverpool forward Mohamed Salah to replace Lionel Messi in 2021.

This is according to Spanish outlet Don Balon, who claim Barca are already making plans to bring in a long-term heir to Messi in two years’ time.

The Argentine will prove near-impossible for the Catalan giants to replace, but Salah has, in fairness, looked a similarly lethal goal-scorer from out wide in his time at Liverpool.

The Egypt international only joined the Reds last season, but made an instant impact, scoring 44 goals in all competitions to win the Golden Boot, PFA Player of the Year, and fire his club to the Champions League final, which they may well have won had he not gone off injured in that first half in Kiev.

Salah could do well to make the step up to a team like Barcelona, even if replacing Messi is the kind of job that would daunt even the very best players in the world.

“This is not what we signed up for” – Could Liverpool, Man Utd & co. be getting cold feet over Super League?
More Stories Lionel Messi Mohamed Salah