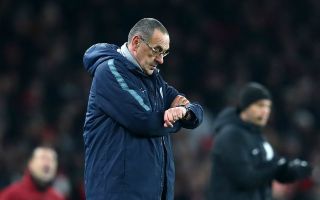 Journalists seemed to agree that Jorginho is a major weak-link in Maurizio Sarri’s Chelsea side after their 2-0 defeat to Arsenal on Saturday evening.

The Italy international initially shone when he joined Chelsea from Napoli in the summer transfer window, having also been one of the top performers under Sarri at their old club in Serie A.

However, it now seems Jorginho is being found out in the Premier League, with Martin Samuel and Henry Winter agreeing on Sunday Supplement that Sarri needs to change his tactics so he’s not building everything around the 27-year-old.

Talented as he may be, it does seem odd to make him a focal point in a side also containing world class players like Eden Hazard and N’Golo Kante, both of whom have had to adjust their games under Sarri this season.

Kante in particular looks far less convincing in a more attack-minded midfield role, and it’s hard to understand Sarri persisting with this tactic just to get Jorginho in his preferred role, with the Frenchman surely needed deeper. 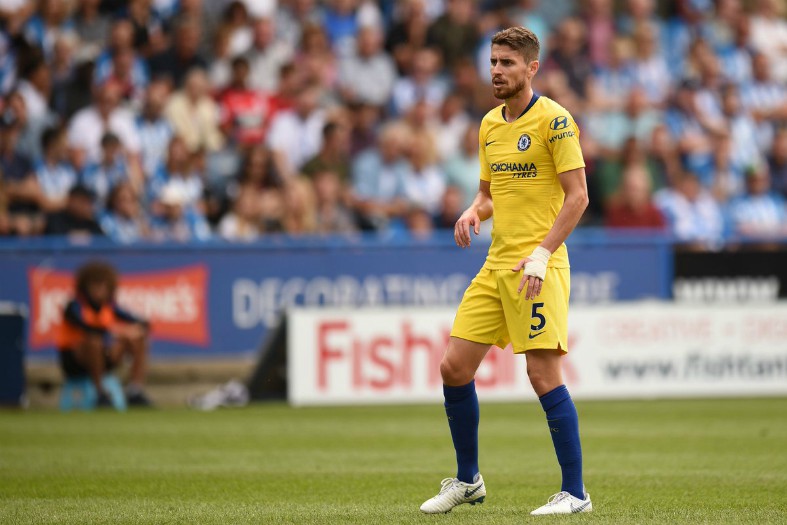 Jorginho has faded after a bright start at Chelsea

“The guy it all has to rotate around is Jorginho, who doesn’t look good enough for that, certainly not in the Premier League.

“It seems to be a lot quicker than Serie A was for him. Arsenal swarmed around him yesterday. Sarri was basically saying ‘Arsenal wanted it more than us’ but their midfield was superb.

N’Golo Kante surely needs to be playing deeper for Chelsea

“You can say the zero assists could be to do with players missing chances, but he’s not playing a killer pass – and if this is your playmaker he’s got to play the killer pass.”

Winter added: “The other thing apart from sorting Hazard out [returning him to the left wing] – which the Higuain issue should sort out – is N’Golo Kante.

“Whenever he scores or has a really good game and makes an assist or anything, Sarri comes into the press conference with a slight smile saying ‘Sarriball is right, I know what I’m doing with Kante.’

“We’ve seen Kante at Leicester and when he won the title at Chelsea; we voted him footballer of the year. He’s at his best when he’s played deeper.

“Chelsea’s two most important players are not being used well by Sarri.”