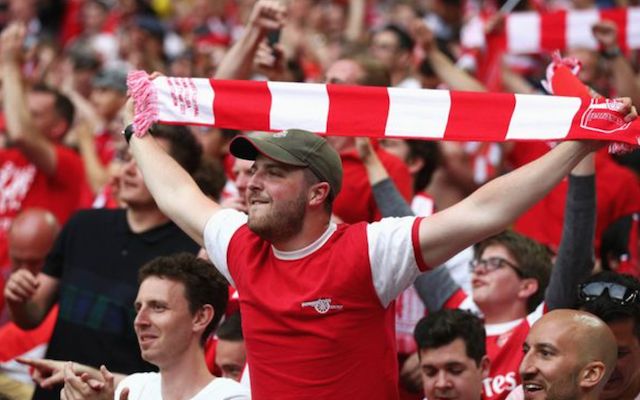 Arsenal fans were sent into override last night when they realised that Barcelona stalwart Samuel Umtiti was in attendance for their 2-0 win against Chelsea.

The World Cup winner is currently sidelined for the Blaugrana and it seems like he was using his time out to take the chance to enjoy a feisty encounter between two teams battling for the top four.

Of course Arsenal fans may have got ahead of themselves by thinking that Umtiti’s visit was related to any transfer as it’s extremely unlikely that Barcelona would part with one of the world’s best defenders.

A simpler explanation for the star’s visit could be the fact that he is close friends with Alexandre Lacazette, given their time together in Lyon. Umtiti’s visit certainly spurred on his mate as he scored a beautiful solo goal to give the Gunners the lead.

Take a look at Umtiti in attendance below:

Arsenal fans went crazy after they realised the Frenchman visited the Emirates:

Arsenal kept a clean sheet just because El Muro was in the stands. What a man!

Laca did the Umtiti?

Laca with an umtiti celebration ?

We’d be alright if we signed him.

Arsenal are now fifth in the league after their impressive victory over Chelsea yesterday, the Gunners are ahead of a revived Manchester United on goal difference.

The battle for fourth place has been cracked upon following Chelsea’s defeat to Unai Emery’s side.