The Italian head coach has endured a mixed debut season with the Blues so far, guiding the team into the top four but struggling to get the best out of certain players consistently.

His main problem has been going forward, with Alvaro Morata and Olivier Giroud failing to impress as lone strikers and Eden Hazard thusly having to shoulder the goalscoring load for the team.

A 2-0 defeat against top-four rivals Arsenal on Saturday showcased Chelsea’s flaws once again and after the match Sarri publicly criticised his players, accusing them of being a difficult group to motivate.

According to Sky Sports pundit Gary Neville, Sarri won’t get the chance to change that mentality at Chelsea, with the shelf life of a manager at Stamford Bridge usually between 1-3 years.

As per the Daily Mirror, Neville stated on his podcast: “Sarri knows he’s going to get sacked at some point in the next 18 months or two years, that’s inevitable at Chelsea. 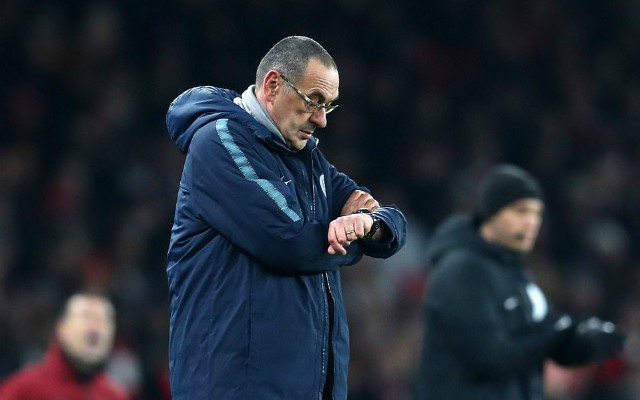 “He may as well call it how he sees it in the first six months when he’s got a little bit of control.

“When managers have an aspect of control in the early parts of their jobs, they’ll have to seize it and basically will realise they are a difficult bunch at Chelsea. In the last 10-15 years, they’ve had the power to remove managers.

“It’s just a dressing room which can turn it on and off like a tap, it’s been able to do that for years.”

The Blues are still in the running to win the FA Cup and the Europa League, with a Carabao Cup semi-final second leg against Tottenham to look forward to aswell on Thursday.

Silverware is still a distinct possibility for Sarri but much could depend on whether or not the club manages to land a striker during the current transfer window.

AC Milan’s Gonzalo Higuain is on the verge of joining the club on loan – as Calcio Mercato reports – and if he can hit the ground running the gloom surrounding the team after their latest defeat could be lifted quickly. 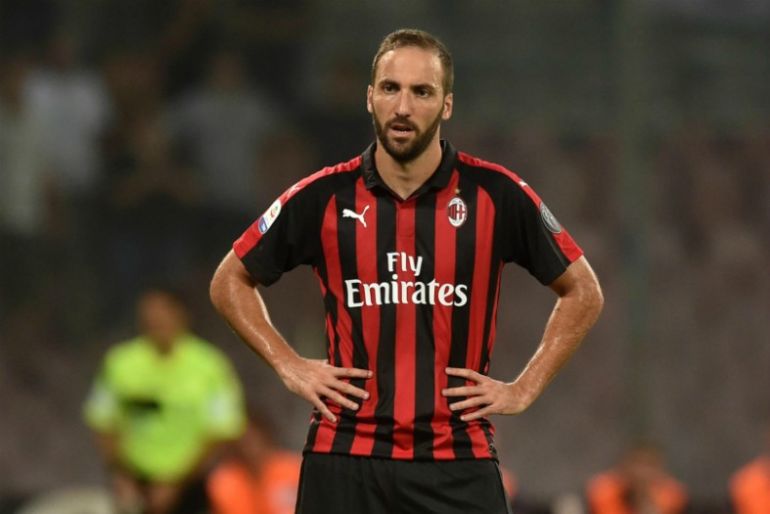 Gonzalo Higuain closer to transfer from AC Milan to Chelsea?

However, Sarri’s methods have not been as effective as Chelsea fans might have hoped up to this point and no manager is safe in the top job at Stamford Bridge if results fail to match their ambitions.