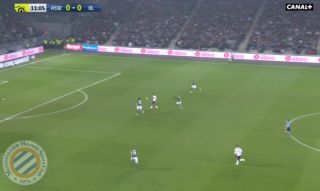 Memphis Depay nearly scored an absolute beauty for Lyon last night as transfer rumours continue to circulate that he could make a return to Manchester United.

The Netherlands international flopped in his first spell at Old Trafford but has looked world class in his time in Ligue 1, prompting talk that United could active their buy-back clause on the player.

Given the poor form of Alexis Sanchez, that doesn’t seem such a bad idea, and when you see Depay doing things like this, you get the feeling he’s finally ready to be a Man Utd player:

Former Red Devils manager Jose Mourinho hinted earlier this season that Depay would be a good signing, so fans will hope their club continue to keep an eye on his progress.