Chelsea boss Maurizio Sarri is alienating his current squad with his training methods, with Alvaro Morata sustaining an injury during a matchday session.

According to the Evening Standard, the Italian head coach favours a rigid, repetitive style on the training pitch, splitting the players up into different groups and adding extra sessions over weekends.

ES reports that the Chelsea squad is growing more and more frustrated with Sarri, especially with results on the pitch taking a turn for the worst.

Arsenal bested the Blues at the Emirates Stadium on Saturday, securing a comfortable 2-0 win to close the gap between themselves and Sarri’s side to just three points in the Premier League table.

After the game, Sarri confessed that he finds his current group of players ‘difficult to motivate’ – as per ES – while also questioning their mentality in the bigger fixtures.

Chelsea have struggled for consistency so far this term, with their main problem being a lack of firepower up front, but they do still have enough quality to compete for major honours.

Sarri favours a possession-based, patient approach on the pitch, which consists of a lot of sideways and backwards passing, which has proved divisive among fans and experts.

ES states that he is equally as meticulous on the training field and he has even introduced sessions on matchdays with late kick-offs. 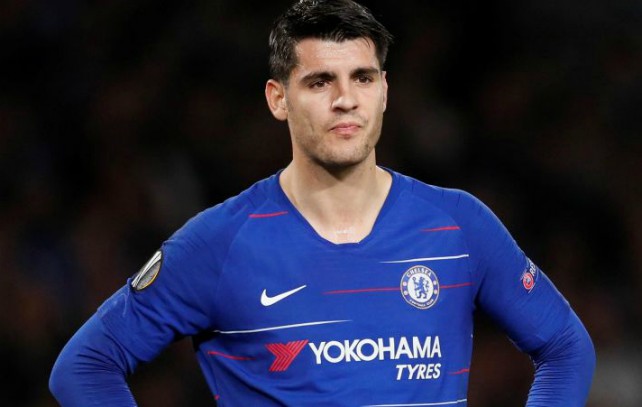 Morata picked up a hamstring injury during one such session before Chelsea’s defeat against Tottenham in the Carabao Cup semi-final first leg two weeks ago and the players are generally feeling the effects of an intense schedule which leaves little time for rest.

It has also been reported that Sarri tends to pick from a select few players for Premier League matches, with around half of the squad resigned to being sidelined in the days leading up to matches, crushing their motivation levels.

The 60-year-old manager is a stubborn character and he has so far been unable to endear himself to the Chelsea faithful. Given the short shelf-life of managers at Stamford Bridge, he would be well advised to tweak his approach slightly between now and May, or risk being shown the exit door before he can affect any significant change.