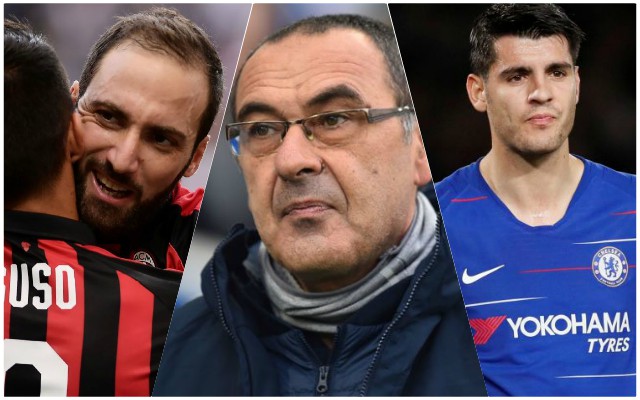 The Argentina international’s move should also spark a triple deal of sorts, with the signing dependant on Milan replacing him with Krzysztof Piatek, while his arrival will free up Michy Batshuayi to join Monaco.

This will all be rather good news for Chelsea, who look in dire need of changes up front after a lack of impact made by the likes of Batshuayi as well as Alvaro Morata and Olivier Giroud.

It seems Morata could also be on his way out on loan to Atletico Madrid, while Giroud seems set to remain at Stamford Bridge as backup to Higuain.

Despite struggling in his brief loan stint at the San Siro, Higuain has been one of the most prolific strikers in Europe in recent times and looks a good option for Chelsea right now.

After a long wait, Blues fans will hope they can finally get all the deals through to bolster their attack by the end of today.

This latest transfer update comes from the Sun, though they also claimed a few days ago that a deal would be done on that day, so it remains to be seen how reliable the tabloid will be on this.