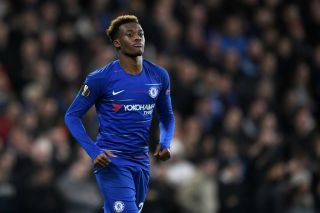 Bayern Munich are reportedly eyeing up another British talent as they consider a transfer swoop for Manchester City youngster Rabbi Matondo.

The 18-year-old Welshman is a highly rated talent at the Etihad Stadium, but could be yet another home-grown talent to be raided by a Bundesliga club.

As with Callum Hudson-Odoi at Chelsea, Matondo may well feel Man City is not the easiest place for a young player to get a look-in in terms of regular first-team football.

And having seen the likes of Jadon Sancho and Reiss Nelson shine in their time in Germany, it seems more players from this country could soon follow.

The Sun now link Matondo with Bayern for around £10million, in a move that they suggest could be a blow for Pep Guardiola, who rates the teenager highly.

He is also described as being one of City’s fastest players, while the Sun also mention Bayern’s ongoing interest in Hudson-Odoi.

Sky Sports have reported of bids from the Bavarian giants for the Blues ace, but he’s yet to see a transfer away from Stamford Bridge given the green light.

Overall, however, this is a bit of a worrying trend for Premier League clubs, who surely need to realise they have outstanding talent on their books and give them more opportunities to make the step up.