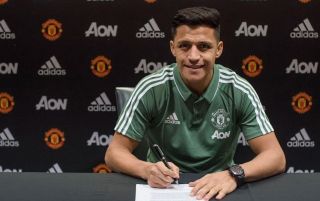 Manchester United are being trolled after tweeting about Alexis Sanchez’s arrival at the club – one year on since his transfer from Arsenal.

At the time, the Chile international moved to Old Trafford with the reputation as one of the best attacking players in the world after a fine career at the Emirates Stadium.

However, Sanchez’s form for United has been dreadful for the most part, and it seems unlikely now that the 30-year-old can ever truly get back to his best at this stage of his career.

All in all, the signing looks like a big waste of time and one United fans aren’t too keen to reminisce about as the club celebrate the anniversary of the deal.

Of course, the Red Devils probably would’ve looked worse for just ignoring it, but they now have to put up with responses like this from many of their underwhelmed fans.

Can’t wait for his debut

And has been missing ever since

And since then he is useless

And since then has done nothing

When will he turn up to play?