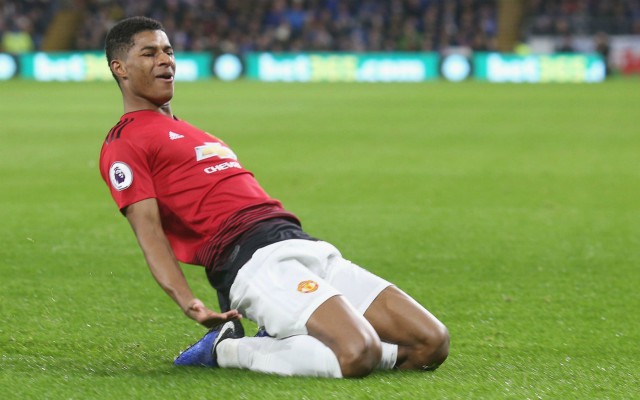 Prior to the Norwegian’s appointment, Rashford was being billed as the next Danny Welbeck, a talented player that will ultimately end up falling short at the highest level due to a lack of end product in the final third.

Jose Mourinho failed to get the best out of the Englishman, often deploying him in wide positions where he was unable to significantly affect games while finding himself in and out of the starting XI.

Below is a statistical breakdown of his performances during the 2017-18 season – courtesy of Talk Sport – which saw United finish second in the Premier League, 19 points behind eventual champions Manchester City. 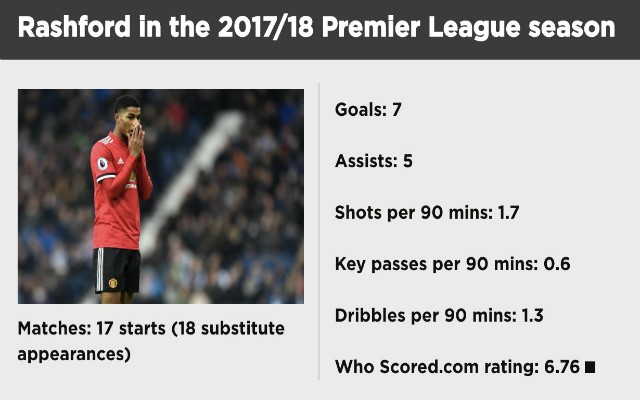 Seven goals from 35 appearances tells you all you need to know about his productivity that year, while his overall ‘Who Scored’ rating was a modest 6.76, as Talk Sport reports.

Rashford began this season in a similar vein, as Mourinho again opted to use Romelu Lukaku up front in his stead, with results quickly taking a turn for the worst as United slid out of the title race before November.

The Portuguese boss was eventually sacked in December and since then Solskjaer has chosen to use Rashford as a central striker, with impressive results. 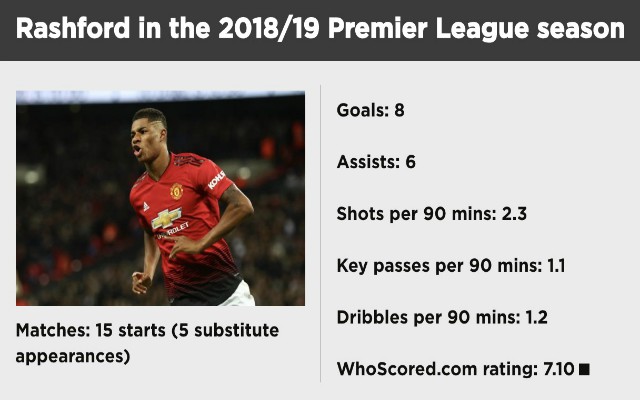 Rashford’s improvement over the last month has been unprecedented, as he’s managed to score seven goals in 10 matches to help United secure seven consecutive wins.

He has now scored more goals than he managed during the whole of last season and his ‘Who Scored’ rating is now above 7, which shows how quickly he has turned things around – as per Talk Sport.

Under Solskaer’s guidance, Rashford has been given the chance to express himself and at 21-years-old, the frightening thing about his recent progress is that in all likelihood, he is just warming up.

The Red Devils are a force to be reckoned with once again and Marcus Rashford is the focal point in their new set-up, with his career set to take off into the stratosphere if he continues on his current trajectory.