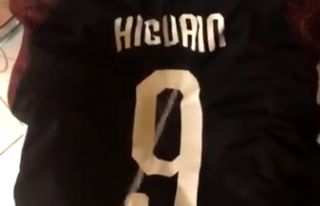 An AC Milan fan has appeared to genuinely urinate on his Gonzalo Higuain shirt after the striker’s transfer to Chelsea this January.

The Argentina international did not make much of an impression in his brief stint at the San Siro, where he had been on loan from rivals Juventus.

Higuain is now on loan at Chelsea, and it seems pretty clear his departure has left something of a sour taste with some.

The 31-year-old never seemed to settle at Milan, so this fan thought he’d make his feelings pretty clear by uploading a video of himself doing, well, this…

Euro 2020: Cristiano Ronaldo incredible records as he helps Portugal to 3-0 win over Hungary

Barcelona to bank €13.5 with sales of talented young duo close in on moves that will fund new signings 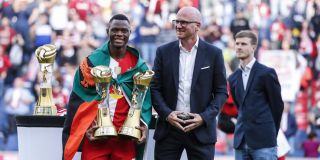 Of course, we can’t know for sure if it’s real, but it’s very, very convincing. Worryingly so.