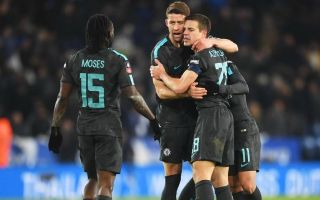 Chelsea winger Victor Moses is reportedly edging closer to completing a loan transfer to Fenerbahce after passing a medical with the club.

This update comes from Sky Sports in the tweet below, with the Nigeria international perhaps unsurprisingly leaving Stamford Bridge after a lack of playing time this season.

Moses can feel somewhat hard done by at Chelsea, having gone out on loan several times before without getting much of a look-in for their first-team until Antonio Conte took over in 2016/17.

And that season, the former Crystal Palace man played a key role in CFC’s Premier League title victory, emerging as one of their best players after a surprise move into a wing-back role under Conte.

The 28-year-old has found himself on the fringes again this season, however, with Maurizio Sarri clearly not fancying him, or perhaps just not finding a role for him after moving back to playing a back four.

Still, it’s somewhat surprising no bigger clubs were in for the wide-man after the immense potential he showed in that title-winning side not so long ago.