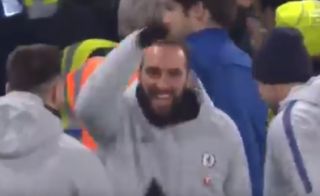 Gonzalo Higuain looked delighted to celebrate reaching the Carabao Cup final in his first game at Stamford Bridge as a Chelsea player.

Although the Argentina international could not be signed in time to play tonight, he watched on nervously from the sidelines as his new Blues team-mates took the penalties that sent them through to set up a League Cup final clash against Manchester City.

Higuain looked thrilled and celebrated the result with other Chelsea players on the side of the pitch, with Maurizio Sarri’s side eventually edging their way past Tottenham at Stamford Bridge.

It was a close contest between the two London giants, ending 2-2 on aggregate, and now Higuain will surely be hoping to get the chance to play and score at Wembley in the final of the competition… 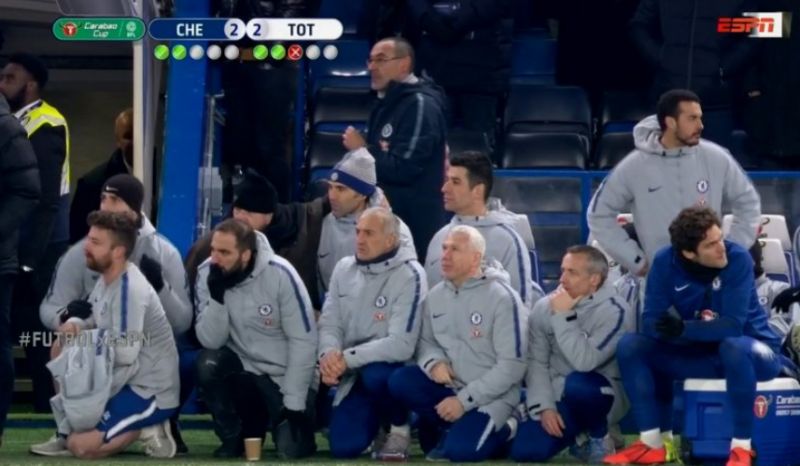 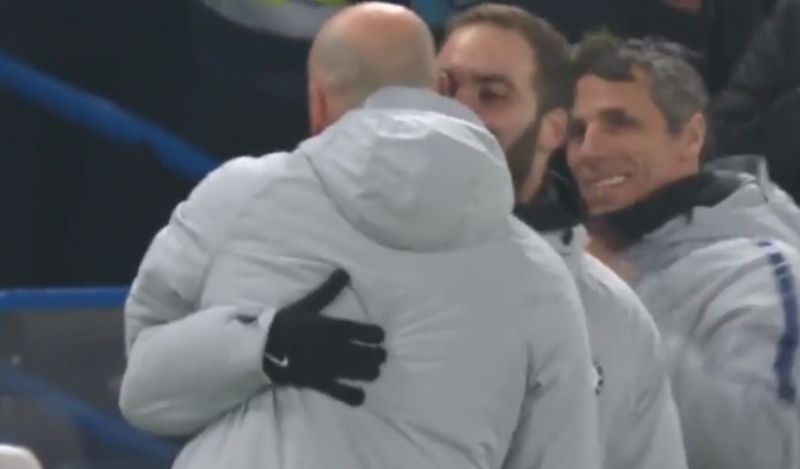 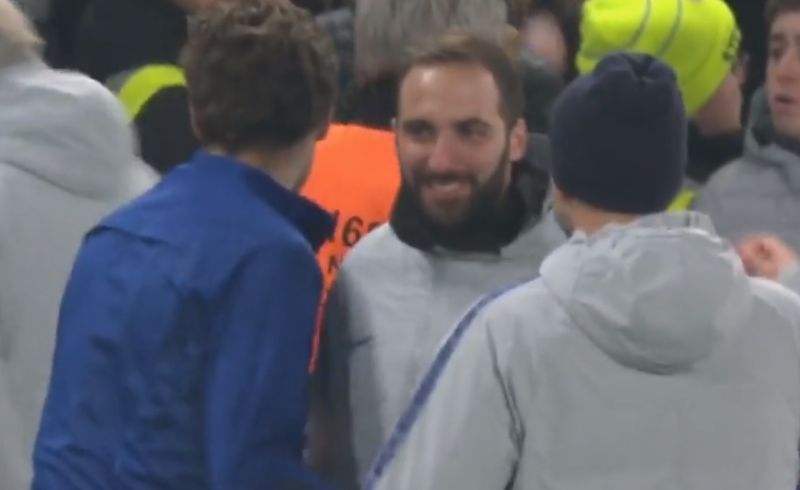 Not a bad first game to watch for your new club! 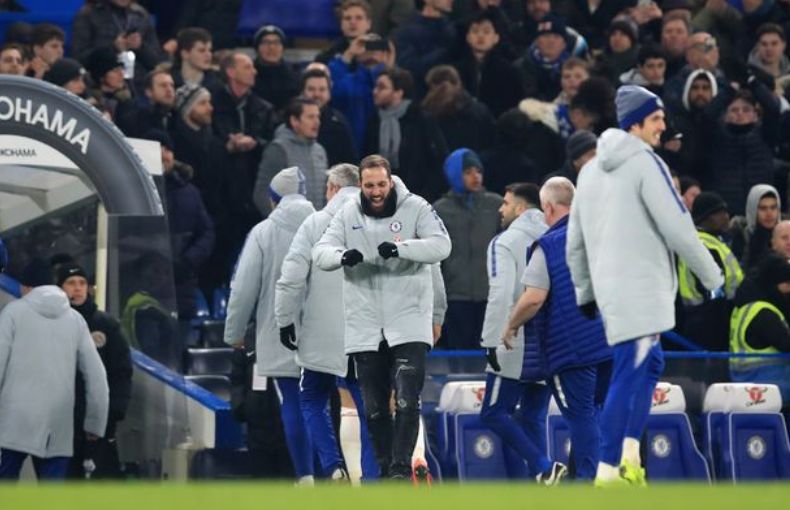 Chelsea fans will have loved this Gonzalo Higuain celebration

UPDATE: We’ve got video too – can’t fault this guy’s passion!

The man already has the passion ?? pic.twitter.com/XNTJqtnxIa