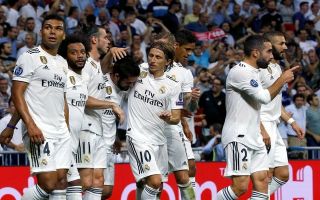 The Spain international has struggled for regular playing time this season, particularly since Santiago Solari replaced Julen Lopetegui as the main man at the Bernabeu.

MORE: Chelsea cleared to seal £50million transfer on one condition

And the latest from Don Balon is that Isco is now one of a number of players threatening to quit Real Madrid unless the club sack Solari.

This follows a recent report, also from Don Balon, that Chelsea had come in with an offer for the 26-year-old, who could be a fine option for the Blues to replace either Cesc Fabregas or even come in as cover if Eden Hazard ends up leaving Stamford Bridge as he edges ever nearer the end of his contract.

Isco has also been linked with Arsenal by the Independent, and the former Malaga man could also be a useful addition for Unai Emery, who doesn’t seem to fancy Mesut Ozil.

Either way, Los Blancos have a big decision to make now or they look to really run the risk of Isco making a move to the Premier League, though one imagines other big clubs around Europe will also be interested.