Chelsea have reportedly been given an ultimatum over the potential transfer of Cagliari midfielder Nicolo Barella.

The young Italian is a highly rated talent and looks ideal for the Blues after the departure of Cesc Fabregas to Monaco this January.

However, according to the Daily Mirror, Chelsea will need to pay £50million for Barella in order to persuade Cagliari to sell – and they’re only prepared to do so in the summer anyway.

That kind of price shouldn’t be out of Chelsea’s price range, but it remains to be seen if they’d be happy to wait that long to bring the 21-year-old in.

Barella seems an ideal addition to strengthen Maurizio Sarri’s squad straight away, with Jorginho not on top form at the moment and Mateo Kovacic only at Stamford Bridge on loan from Real Madrid until the end of the season. 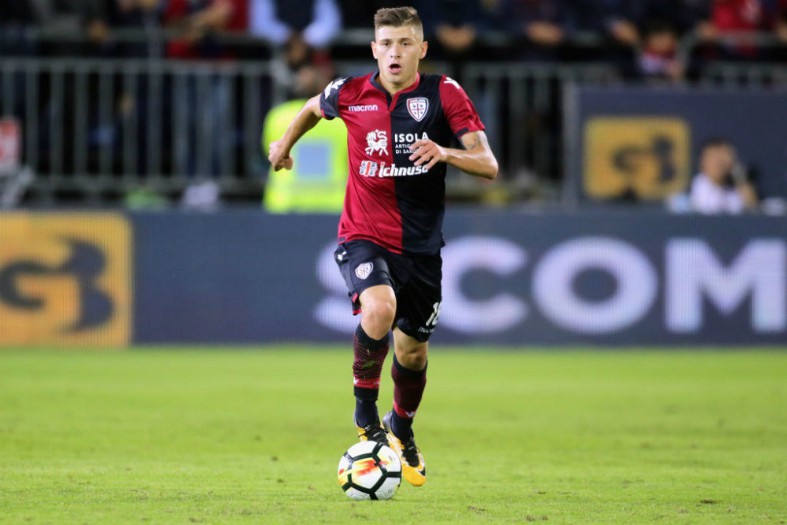 Still, Cagliari are looking like tough negotiators, so it remains to be seen if CFC can bring in a new signing in midfield before the January transfer window slams shut.

According to the Mirror, the west London giants are also set to miss out on Zenit Saint Petersburg’s Leandro Paredes as he seems set for Paris Saint-Germain instead.