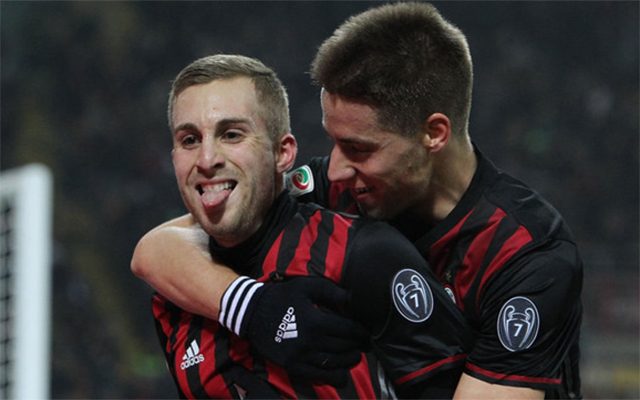 AC Milan are reportedly eyeing a double swoop to end the January transfer window, as they’re being linked with Gerard Deulofeu and Aurelien Tchouameni.

The Rossoneri have already been active this month, wrapping up the signings of Lucas Paqueta and Krzysztof Piatek to bolster their midfield and attack respectively.

As they continue to chase a top-four finish in Serie A this season, they will hope that duo can play a key role to help them get back into the Champions League next year.

However, according to Sportmediaset, their work in the transfer market might not be done just yet as it’s claimed that they’re eyeing a reunion with Deulofeu on an initial loan deal, while Tchouameni could cost them €10m to prise away from Bordeaux.

Deulofeu, 24, enjoyed a productive spell at the San Siro previously, shining under former boss Vincenzo Montella and it even led to a recall to the Spain squad.

While he has continued to play a key role at Watford, he may well be tempted to return to Italy to help Milan achieve their objective this season, as they are certainly lacking in quality depth in the wide positions with a heavy reliance on the likes of Suso and Samu Castillejo.

The 18-year-old has come through the ranks at Bordeaux, and has gone on to make 16 appearances so far this season for the senior side, while also being capped by France from U16 to U19 level.

it appears as though he is now on Milan’s radar, but time will tell if a deal is struck before the deadline for him to join the Italian giants in the second half of the campaign.