Chelsea and England midfielder Ruben Loftus-Cheek could very well make a shock return from injury for the Blues’ FA Cup clash against Sheffield Wednesday this weekend.

This is according to the Sun, who note that player has been out since the club’s last FA Cup tie against Nottingham Forest in January, with it also being noted that the club were fearful the midfielder would require surgery that would’ve put him out for months.

However this doesn’t seem like it’s going to be the case, as the Sun also note that Loftus-Cheek was training with the club’s first team ahead of their weekend clash against Wednesday, with Gianfranco Zola stating that the player could play a part in his side’s game on Sunday.

This’ll come as a big boost for Chelsea, and Loftus-Cheek’s a very attacking and talented player, and having him in their side will be a big bonus for the west London club.

Having Loftus-Cheek back will also allow manager Maurizio Sarri to rotate for the club’s FA Cup tie this weekend, something that will allow the club’s more high-profile stars like Jorginho or N’Golo Kante the chance to have a rest. 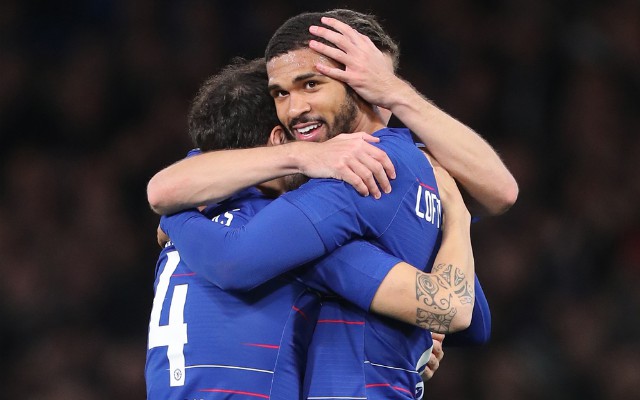 It’ll be interesting to see if Loftus-Cheek ends up being included in Chelsea’s squad for Sunday’s game, as the Blues may not want to rush the midfielder back from an injury that could’ve been much more severe under different circumstances.