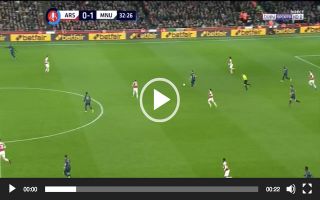 Just two minutes after taking the lead against the Gunners, United doubled their lead by capitalising on Arsenal’s poor defending with a lethal counter-attack.

Luke Shaw played a lovely pass into Romelu Lukaku, who was charging down the wing for the Red Devils and the Belgian ace teed up Jesse Lingard perfectly with a perfectly weighted pass into the box.

Lingard still had his work cut out for him but the England international didn’t rush his chance, Lingard controlled the ball before slotting it into the back of the net.

Check out the devastating counter-attack below: