Manchester United may be lining up a late bid for Cagliari midfielder Nicolo Barella, who has also been a target for Chelsea this month.

According to Gazzetta Dello Sport via Goal, United are prepared to table a £50 million bid for the 21-year-old before the January window closes.

This surprise transfer swoop could see the Red Devils beat Chelsea to Barella’s signature, who had been hoping to bring him in as a direct replacement for Cesc Fabregas after he joined AS Monaco two weeks ago.

United would match Cagliari’s asking price if they do indeed submit a formal offer in the coming days, leaving the Blues facing the prospect of being one man short in midfield between now and May.

Barella is a box to box midfielder with plenty of talent and given his age, it is safe to assume he will progress rapidly if given the platform to succeed at a top European club.

Chelsea might have been the more logical next destination for the Italian superstar, but he could fit in well at United too, especially under the guidance of the club’s new caretaker boss Ole Gunnar Solskjaer. 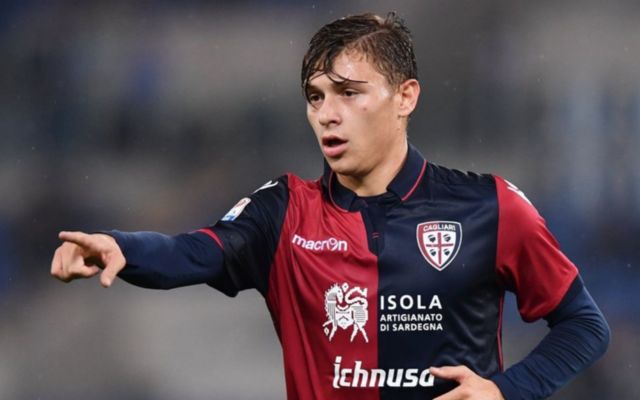 Solskjaer has overseen eight consecutive wins across all competitions since succeeding Jose Mourinho in the hot seat back in December, rotating his squad cleverly to maximise their output during a busy period.

United signed Brazilian starlet Fred last summer from Shakhtar Donetsk, a player in the same mould as Barella, but he has so far been unable to establish himself in the starting XI at Old Trafford.

If Barella comes in he could have the impact that Fred has so far failed to produce, while adding a new dimension to Solskjaer’s midfield heading into a crucial period of fixtures.

It remains to be seen whether or not this particular deal can be pushed through before February 1st, but United fans will surely be excited by the prospect of the club adding yet another top quality prospect to the current squad.