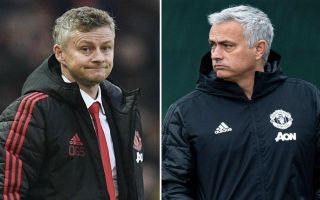 Manchester United caretaker manager Ole Gunnar Solskjaer has helped the team excel in one key area which let them down under Jose Mourinho.

A 3-1 win over Arsenal in the FA Cup fourth round on Friday night secured United’s eighth successive win under the Norwegian coach, who was installed as interim boss back in December after Mourinho’s exit.

The Red Devils are now well placed to secure a top-four Premier League finish and they still have realistic aspirations of winning silverware this term, after an amazing turnaround in 2019 which is making up for their dismal first half of the year.

When Mourinho left, he did so with United languishing in mid-table anonymity after a string of poor results and performances which completely zapped the confidence of the players.

One key statistic which sets Solskajer apart from his predecessor is the fact that under his guidance, United have yet to fall behind in a single match.

In stark contrast, during Mourinho’s first 24 games of the 2018-19 campaign, the Red Devils conceded the opening goal 14 times, which ultimately cost them points and led to a negative goal difference. 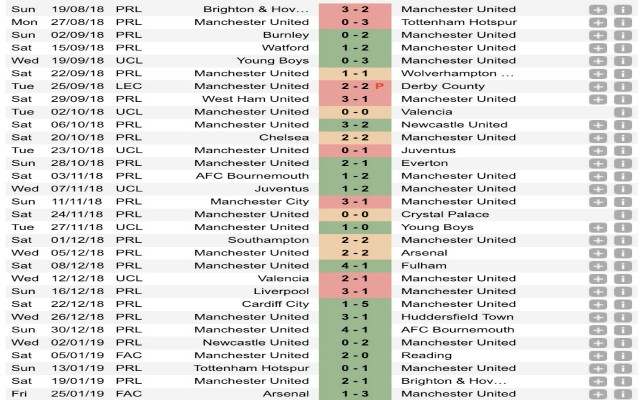 As you can see in the graphic above – courtesy of Soccerway – United are just two wins away from equalling the number of games Mourinho won between August and December (including the 2-1 win against Leicester City on the opening day), which underlines just how swiftly they have improved with Solskjaer leading the team.

United don’t allow their opponents to seize the initiative in matches anymore, with a new set-up which favours quick passing interchanges and fluid attacking football, which has already paid dividends.

Much has been made of the Red Devils’ leaky defence this season, but in recent weeks all four first-choice centre-backs have proved that they have enough quality to be included, with Victor Lindelof, Chris Smalling, Phill Jones and Eric Bailly all being rotated fairly.

The future looks bright for United once again and after six years of anguish and frustration, Solskjaer has come along to stake a genuine claim to be considered as Sir Alex Ferguson’s true successor.