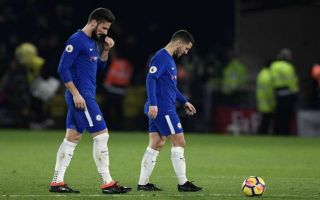 Chelsea winger Eden Hazard admits he is excited by Gonzalo Higuain’s arrival at Stamford Bridge, after the team’s issues up front this season.

The 31-year-old is expected to come in and be the Blues’ main source of goals between now and May, with the FA Cup, Carabao Cup and Europa League still to play for.

Maurizio Sarri’s men have had a mixed 2018-19 campaign so far, as Olivier Giroud and Alvaro Morata have once again struggled to lead the line in the attack, with much of the goalscoring burden falling on Hazard’s shoulders instead.

Since Diego Costa left Stamford Bridge for Atletico Madrid, Chelsea have been unable to adequately replace him, which Hazard acknowledged in an interview with the Evening Standard after they beat Spurs in the Carabao Cup on Thursday.

In a subtle dig at Giroud, the Belgian star admitted he enjoyed playing alongside Costa, stating that he is the kind of player Chelsea ‘need’ right now.

“Have we missed a striker like Costa since he left? Yes of course,” Hazard told ES.

“I like playing with Giroud and Morata, but when Olivier is playing he is doing his best for the side, he is more of a team player than a striker that just scores goals.

“Diego was sometimes not the kind of player to play a one-two with, but in the box he was amazing. He just scores one goal, we won and you have the three points. That’s what we need.”

The mercurial winger went on discuss the club’s acquisition of Higuain, insisting that the Argentine can give Chelsea the spark they sorely need in the final third of the pitch. 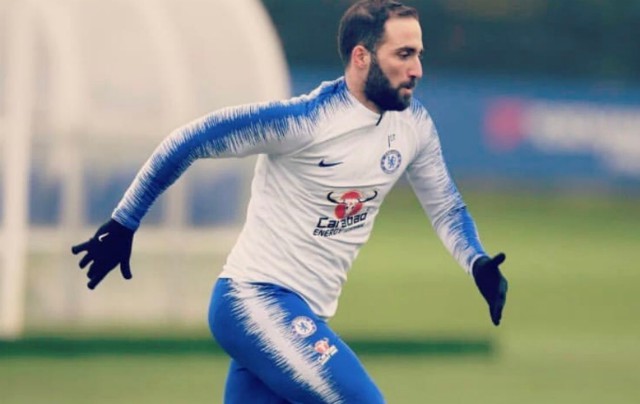 “I like to play with top, top players,” Hazard continued – as per ES.

“He has scored a lot of goals. When you see his career he has done it everywhere, Real Madrid, Napoli and Juventus. I think he can do the same here.

“This season we have been playing good but we missed the guy to score just one goal. We have had a few games where we have played well and in the end, we finished with zero goals, even though we created chances.

“It was like that against Spurs. If we had a striker that could score three goals, the game would have finished 5-1. But that hasn’t been the case. Higuain can do that. He is a top scorer, he can score anywhere.”