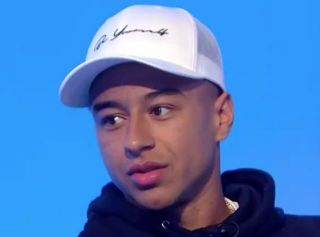 Man Utd ace Jesse Lingard was a guest on Soccer AM on Saturday, and he had a warning for Liverpool the next time the two sides meet.

The 26-year-old was on target in United’s win over Arsenal in the FA Cup on Friday night, which extended the winning streak under interim boss Ole Gunnar Solskjaer to eight games.

It has been an impressive turnaround since Jose Mourinho left the club last month, with the Portuguese tactician’s last game in charge coming in a defeat to Liverpool at Anfield.

Lingard was asked which was the toughest team the Red Devils have faced so far this season, and he couldn’t help but admit that it was rivals Liverpool, as seen in the video below.

However, seemingly more confident now playing a more attacking brand of football and with more freedom which has allowed the entire squad to raise their level of performance, Lingard insisted that things have changed since that game and United will win the next time they meet.

They won’t have to wait long to attempt to do so, as the Merseyside giants visit Old Trafford on February 24, in what will undoubtedly be a huge fixture not only given the history between the two clubs, but also with Liverpool’s Premier League title aspirations in mind.