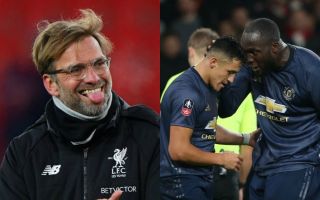 The Chile international is seemingly on the market after his struggles at Old Trafford, despite a much-improved display for the club in their 3-1 FA Cup win over his former club Arsenal on Friday night.

With Atletico out of the running, that surely improves Liverpool’s chances of signing the 30-year-old, who is a world class performer on his day, despite his struggles in Manchester.

Sanchez shone at previous club Arsenal and looks ideally suited to Klopp’s style of play at Liverpool, which may be why the German tactician is keen on him.

Still, Don Balon raise doubts over whether Liverpool could afford Sanchez’s huge wages, with the South American one of the highest earners in world football.

United and Liverpool also don’t tend to sell to each other too often at all given their historic rivalry, so this would be one of the shocks of the decade if it happened.