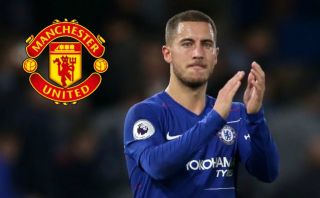 Manchester United are reportedly ready to pay as much as £120million for the transfer of Barcelona attacking midfielder Philippe Coutinho.

The Brazil international has been linked with other top clubs in recent times after struggling at the Nou Camp, with a potential return to the Premier League making sense for the former Liverpool star.

Coutinho’s best form of his career came in his time at Anfield and Don Balon claim United are now convinced he could be ideal for their team as well alongside other quality attacking midfielders like Paul Pogba.

The Spanish outlet claim the Red Devils could be prepared to pay as much as £120m for Coutinho, which follows a recent report from the Express also linking the 26-year-old with Chelsea.

With Don Balon and others strongly linking Chelsea with being set to lose Eden Hazard to Real Madrid, Coutinho makes sense as an ideal replacement for the Belgian at Stamford Bridge.

If United end up signing Coutinho instead, that could well be a big blow to Chelsea regarding their post-Hazard plans.

MUFC, however, could also do with a player like that after Alexis Sanchez’s struggles since moving to Old Trafford last year.