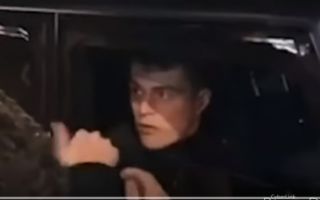 Granit Xhaka got into an angry confrontation with Arsenal fans as he drove away from the Emirates Stadium following the 3-1 defeat to Manchester United.

The Gunners were poor as United came to the Emirates and dumped them out of the FA Cup with another superb display under new manager Ole Gunnar Solskjaer.

Arsenal, meanwhile, continue to struggle to find their way under Unai Emery, with players like Xhaka certainly among those who will need replacing if the club are to move forward.

Still, it’s not nice to see rows like this breaking out between supporters and players, with Xhaka clearly wound up by something someone said as he called on someone to ‘shut up’ after some abuse was hurled his way.

This video was first posted by the Sun and you can watch it in full below: