Pep Guardiola is reportedly ready to go all out to sign Barcelona youngster Riqui Puig, a player who’s become discomforted by the announcement of Frenkie De Jong’s arrival.

Puig is one of the best talents currently at Barcelona, with a number of the club’s fans touting him to be a mainstay in their side’s first team for the foreseeable future.

However, it looks like the club are going to have a fight on their hands if they are to keep ahold of one of the best players to come out of the club’s youth system in recent years.

According to Don Balon, Puig has become discomforted by the club announcing the signing of Frenkie De Jong, with Man City’s Pep Guardiola ready to take advantage of this situation.

The report also states that Guardiola is willing to go all out to seal a move to Man City for Puig, something that will be a big blow for the Blaugrana should it end up materialising. 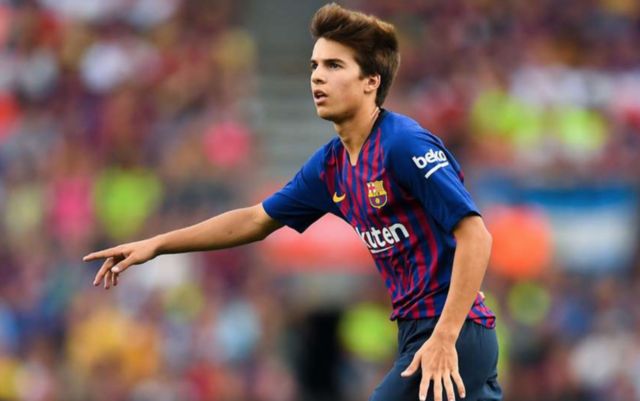 Signing Puig would be a great move for Man City, as they would be bringing in a talent who’d be more than capable of replacing David Silva in the club’s first team in the coming years.

However, given Puig’s potential, we can imagine it may take a hefty offer from City to make Barcelona think about getting rid of the youngster.

It might be worth keeping an eye on this one folks, as it looks like it could get interesting…