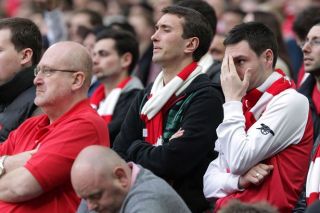 It seems most Arsenal fans are not too happy with the transfer news linking them with Inter Milan winger Ivan Perisic.

The Croatia international has generally been a top performer for Inter in recent years, but he’s perhaps a bit of a one-dimensional player and, at the age of 29, is unlikely to improve in his time at the Emirates Stadium.

Still, Gianluca Di Marzio are among the sources linking Perisic with the Gunners, so it seems there really could be some movement in that area before the end of the transfer window.

Given that Perisic is being targeted while Mesut Ozil struggles to get a game for Unai Emery’s side, this rumour seems to be going down particularly badly with many Gooners on Twitter.

Of course, the World Cup finalist may well end up impressing if he does join, but for now he’s already being written off quite emphatically by these angry fans…

Wtf is wrong with people ? Why nobody sees that Perisic is one big fraud ?????? Been shit for now 2 years

This Emery brudda wanrs to swap Ozil for Perisic lol

Get that greasy bum out of my football club

Offloading a play like Ozil for a donkey like perisic is just commical. Iwobi will no longer be a starter in his favourite position either. Sack him now and sell the club.

So Emery and arsenal are really trying to swap Ozil with Perisic. I might actually be done with that club soon