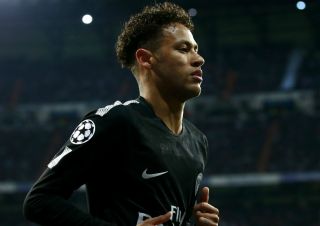 Man Utd have reportedly received a major boost as it’s been claimed that Neymar will miss their Champions League clash next month.

The 26-year-old sustained an injury in the French Cup meeting with Strasbourg last week, with Paris Saint-Germain releasing a statement conceding that he had re-injured the metatarsal in his foot.

Neymar missed a significant portion of last season due to the problem as he battled to be fully fit for the World Cup, but it appears as though he’s been hit with another setback.

As reported by The Sun, via RMC Sport, it’s suggested that PSG will be without their talisman for the first leg at Old Trafford on February 12, and there are even doubts over whether or not he’ll be ready to return in time for the return meeting in Paris on March 6.

That’s a huge blow for the Ligue 1 champions as it means he’ll also potentially miss several key domestic encounters, something that coach Thomas Tuchel will be desperately disappointed with if accurate.

Neymar has been a pivotal figure for the French giants so far this season, scoring 20 goals and providing 10 assists in 23 appearances, with his influence evident in Europe too.

As they had hoped to make progress after years of underachieving in the Champions League, based on the report above, they’ll have to navigate a way past United in the last-16 without their Brazilian superstar leading the charge.

It’s worth noting though that there has been no official word from the club, and so it remains to be seen if they opt to share a new statement delivering the latest update on Neymar’s condition.