Arsenal are targeting a loan approach for Real Betis full-back Aissa Mandi, to fill in for the injured Hector Bellerin until the end of the season.

According to El Desmarque via Football London, Gunners boss Unai Emery wants to bring in the Spanish right-back on a temporary deal until the summer, with the option to make the move permanent for £26 million thereafter.

Bellerin sustained a horrifying ACL injury during Arsenal’s 2-0 win against Chelsea earlier in the month, which has left Emery short on options in defence.

Mandi could slot into his fellow countryman’s position at the Emirates Stadium seamlessly, but it remains to be seen whether or not Betis will be willing to offload one of their key players at this stage of the campaign.

The 27-year-old defender has appeared in 29 matches for the Spanish outfit this season, helping them to climb up to eighth in La Liga, with the Europa League knockout phase and Copa Del Rey quarterfinals still to look forward to additionally. 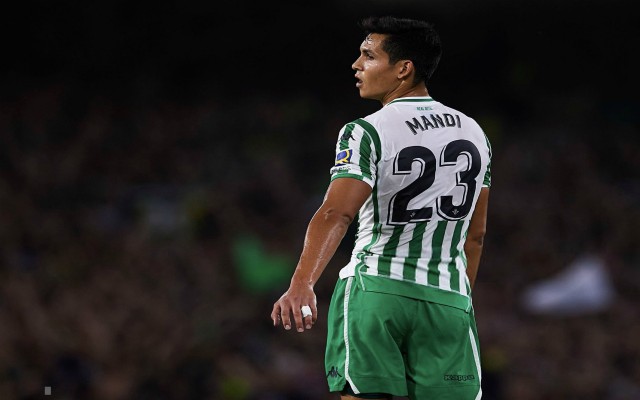 Meanwhile, Arsenal are fifth in the Premier League and facing an uphill battle to finish in the top four, level on points with Man United and three behind Chelsea, who currently occupy the final Champions League spot.

The Gunners have been strong going forward throughout the year, but defensively they have been vulnerable, which has ultimately held them back in pursuit of major honours.

Emery’s side now realistically have only the Europa League to play for between now and May, but winning the competition could be vital for the club if they ultimately miss out on a place in the top four domestically.

Bellerin has been a consistent starter for Arsenal this term and without him, they could be left even more open at the back, which is why bringing in Mandi is so crucial for the club over the next two days.

The transfer deadline is fast approaching but this loan switch could still easily be sanctioned in time and Mandi could take his career to the next level by pushing through a last minute move to the Emirates Stadium.