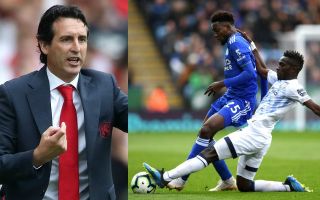 Arsenal are reportedly among the clubs ready to join the running to seal the transfer of Everton midfielder Idrissa Gueye.

Gueye has mostly been linked with Paris Saint-Germain this January, but Arsenal and Manchester City are also said to be interested in a move for the Senegal international, according to Sky Sports.

It remains to be seen if Arsenal could realistically win the race for the signature of a player clearly in demand and being targeted by bigger and wealthier clubs.

Still, Gunners supporters will be pleased to hear their club showing some real ambition and looking to bring in one of the finest defensive midfield players in the Premier League.

At the age of 29 and proven at the highest level, Gueye seems ideal for Arsenal’s needs in midfield, with the team often looking a little lightweight in that department.

Players like Granit Xhaka and Mohamed Elneny are surely not good enough as long-term solutions for that role, while youngster Lucas Torreira could do with an experienced leader alongside him in that area.

Everton, however, would surely rather sell Gueye abroad if they can manage it.