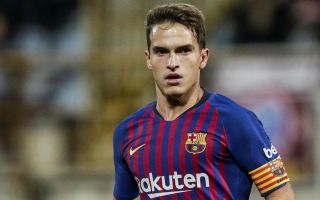 The Spain international is widely expected to be on his way to the Emirates Stadium on loan this January, despite football.london explaining a delay in the deal as Barca have removed an article confirming the deal on their official site.

Suarez would be an exciting signing for Arsenal despite his lack of playing time at the Nou Camp, having long been regarded as a promising young player, even if he’s yet to really fulfil that potential.

The 25-year-old shone under Arsenal manager Unai Emery during their time at Sevilla together, and it also seems the player is a long-time admirer of Arsenal to a certain extent.

See this old tweet below from Suarez, who heaped praise on the style of fellow countryman Cazorla back in 2012:

Always enjoy when a see Cazorla play for Arsenal. What a player. Man of the match

AFC fans have been replying to it today and would no doubt love it if he could come close to emulating what Cazorla did for the north London side at his peak.

Now it's your turn

Dw my guy you’ll be the next santi

We got the Next Cazorla on loan ?

It’s now your time to shine bro, welcome to Arsenal