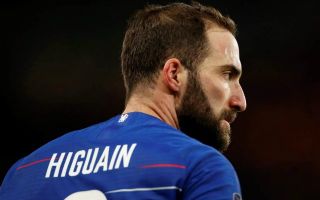 The Blues were all far from at their best as they lost 4-0 to Eddie Howe’s side, in what is sure to go down as one of their worst ever Premier League performances and results.

MORE: Maurizio Sarri reveals why he locked Chelsea players in the dressing room for nearly an hour after Bournemouth defeat

Still, even if the team as a whole were not ticking, many Chelsea fans will surely have been disappointed in the quiet Premier League debut from big-name January signing Higuain.

The Argentina international has joined CFC on loan from Juventus, and has generally been one of the most prolific forwards in Europe for much of his career.

Still, he was unable to make any kind of impact for Chelsea against Bournemouth, barely touching the ball and failing to have a shot of any kind in the first 45 minutes. 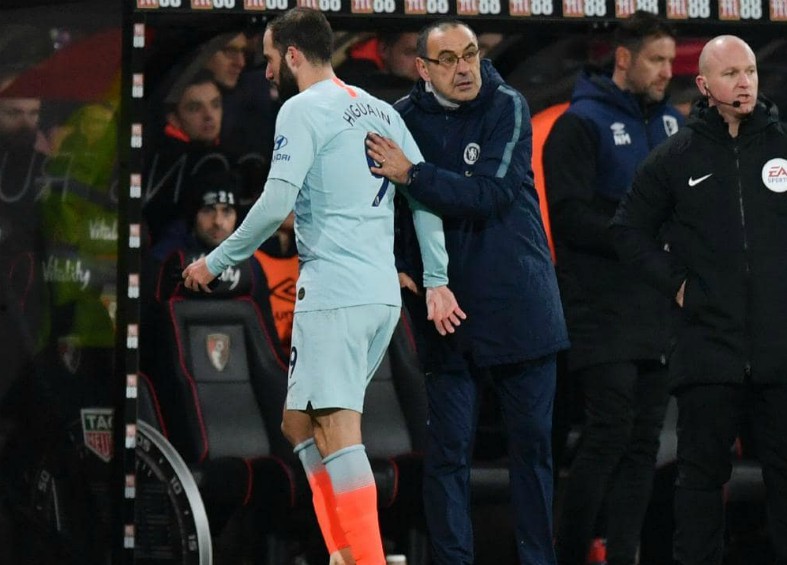 Speaking after the game, Sarri seemed to admit it wasn’t a good display from his new striker, but explained that he’s not currently in the best physical shape after the recent protracted transfer saga meaning he’s not played much.

Here’s the Italian tactician on Higuain, as quoted by Ben Dinnery:

Higuain lacks fitness. “He can improve a great deal. At this moment, he is not in good shape, probably because he has played very little recently between transfer market distractions and back pain. He can grow a great deal over the next few weeks," Sarri told SSN Italia. #CFC