The Reds were held at home to the Foxes, with Sadio Mane’s earlier opener cancelled out with a strike from England defender Harry Maguire.

Walker couldn’t resist the chance to bring back a meme from last summer’s World Cup, featuring Maguire looking like he was trying to impress a lady.

Here’s the tweet in question, which he’s since removed… 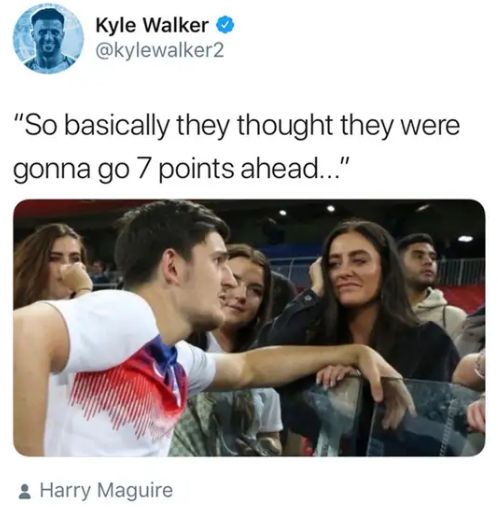